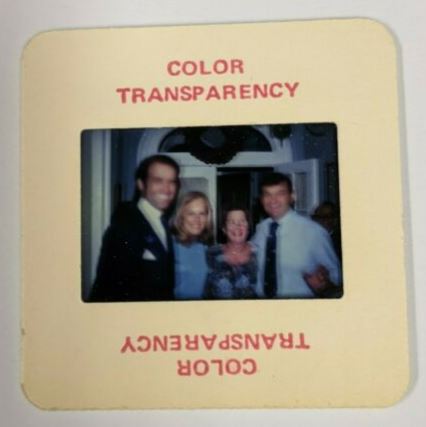 On Monday, December 18, 1972 Neilia, Hunter, Beau and Naomi Biden piled in the family car and set out to buy a Christmas tree. Husband Joe, Delaware's newly elected Senator, should have bought it, but he was busy juggling his time between Senatorial duties and schuping Jill Tracy Stevenson now Dr. Jill Biden.1 Little Hunter asked, "Mommy do we have to go? Can't we stay with the baby sitter?" Neilia didn't want to leave the children with a baby sitter 'cause it would've been Jill Tracy Stevenson, the woman who stole her husband's heart away. Neilia knew the home breaker from when she hosted campaign events at the Stone Balloon in order to get the youth vote since the voting age had been lowered to 18. Bill Stevenson, Jill's ex-husband, said they all knew each other in 1972. Jill's story that Joe's brother set the up for a "blind date" is part of the cover-up. Joe and Jill began sexual relations on the downlow. Neilia, a homecoming Queen but not a model was well acquainted with Jill, knew what was going on between her husband. It was dirty lowdown and mean for Joe to have the woman he was schupping, in his wife's house, with their kids. Jill's ex-William Stevenson, confirmed the 1972 Jill baby-sitting gig and the affair. In an interview with Piers Morgan, Jill contradicted herself as to when she first met Joe and when he first called her. Initially she said it was at his victory party then said it was at a fundraiser. Neilia had a drink to ease the pain and anger she had kept to herself in order to not destroy Joe's career, and drove off into eternity.

She stopped at the fatal intersection. She didn't run it speeding. Maybe, along with the few drinks, the boys were misbehaving? Or were constantly asking "Are we there yet mommy?" Or the baby was crying? Or her husband's infidelity was haunting her? Who the fuck knows? Whatever the reason, she went through the intersection, when a big rig, a tractor trailer truck, that had the right of way, T-boned her. Neilia and her daughter died and the boys were injured. (LISTEN) ASSISTANT DELAWARE ATTORNEY GENERAL JEROME O. HERLIHY, Joe's friend and neighbor, covered up the DWI (Driving While Intoxicated) and destroyed the documents about the accident. Without this Irishman Joe would not be President. Joe, having an extra marital sexual relationship and throwing it in his wife's face, contributed to or caused his wife and daughters untimely deaths. Biden, a total lowlife, pinned the rap for a baby's death on the trucker by saying Curtis Dunn was drunk as a skunk. As far as the probability of Joe's having an affair, factor in his youth and sudden success and remember Joe was a virile male who sniffed the hair on numerous woman's heads, and in private, elsewhere. Joe also touched women in public as much as he thought he could get away with. He apologized and the media made it all disappear like magic. Messages In This Thread

Random is maintained by Administrator